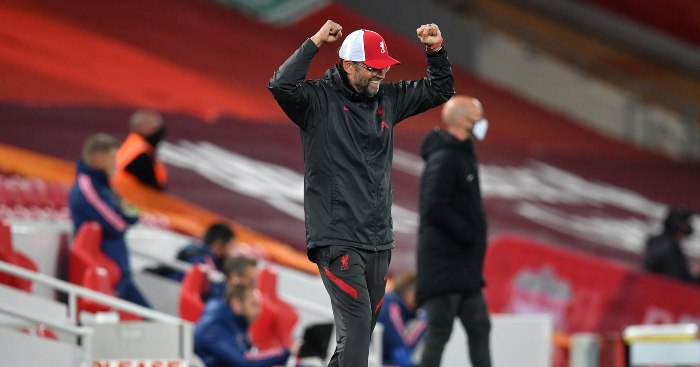 Roy Keane may have stunned Jurgen Klopp by describing some of Liverpool‘s play in the 3-1 victory over Arsenal as “sloppy”, but the former Manchester United captain reserved praise for the “aggression” of the Reds’ front three.

Despite going behind to a comical Alexandre Lacazette goal, Liverpool excelled against Arsenal and could have won by more – certainly if Diogo Jota made more of a Mo Salah wonder pass that cut out seven Gunners players.

Yet again, the pressing of Liverpool’s front three caused the opposition huge problems as Arsenal were unable to play out from the back without being put under huge pressure from Salah, Sadio Mane and Roberto Firmino.

That led to some interesting analysis in the Sky Sports studios from Keane and Jamie Carragher, as both pundits spoke of the risk vs reward of Klopp’s tactics.

Even Keane couldn’t help but be impressed by what he saw from Liverpool, which makes his warning to Ole Gunnar Solskjaer only sound more ominous.