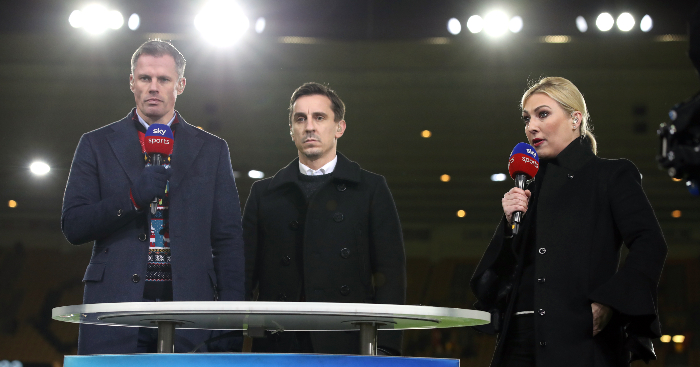 As two former defenders, Jamie Carragher and Gary Neville were less than impressed by Southampton‘s capitulation in their 9-0 defeat to Leicester.

The duo, speaking on Sky Sports, did not hold back in their post-match analysis after ten-man Saints equalled the record for a Premier League defeat.

“You’re thinking ‘what is this backbone in this team?’ Absolutely disgraceful performance,” said Carragher.

“I had a really poor defeat in Spain when I was a manager, and it was tough to pick people up, because what do you say – ‘let’s go again, lads’?” added Neville, referencing the 7-0 his Valencia team suffered against Barcelona.

Watch each and every one of Leicester’s nine goals: