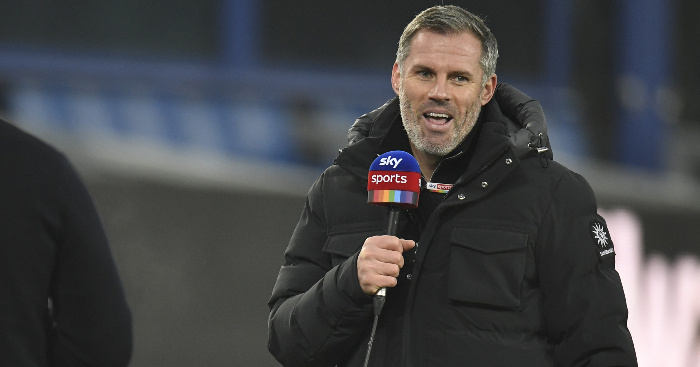 Jamie Carragher and Gary Neville were up in the commentary box at Anfield as Liverpool and Manchester United played out a somewhat cagey 0-0, and on Monday night they had a chance to give their more considered thoughts.

Neville called upon a golf analogy to describe United’s relatively cautious approach on their visit to Merseyside, having played their usual counter-attacking game, ceding possession and territory.

Carragher evidently believed his old club were there for the taking, with all their senior-centre-halves sidelined and Jordan Henderson slotting into the defence.

The former Liverpool centre-back said he didn’t agree with Neville at all with his opinion on why Ole Gunnar Solskjaer’s side set up as they did: “you don’t have to be a champion team to smell something in the game.”

Watch the best clips from the discussion below:

🗣"You are talking like they are a small club, you keep saying they are the biggest club in the world" 🤣@Carra23 VS @GNev2 is back 🍿 pic.twitter.com/lb8rwnODR0