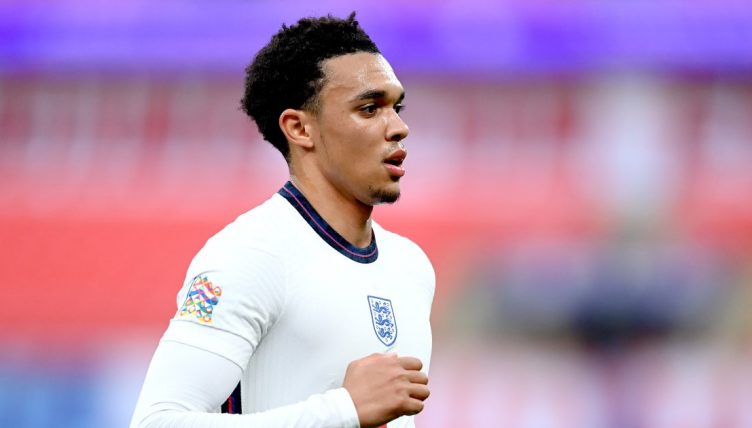 During Monday Night Football, Gary Neville and Jamie Carragher were involved in a heated debate over whether Liverpool‘s Trent Alexander-Arnold should be included in the England squad for Euro 2020.

Having fallen short of his usual high standards this season, Alexander-Arnold was committed from Gareth Southgate’s squad for their recent 2022 World Cup qualifiers.

That decision has raised major doubts over his place at the upcoming Euros, as England have a plethora of talented right-backs to chose from.

While Neville could understand Southgate’s decision, Carragher claimed that picking Kieran Trippier over Alexander-Arnold was “embarrassing”.

“Who’s he going to be playing against? Hazard, Mbappe, Sane, Jota, Ronaldo. Who do they want to play against? [Reece] James, [Kyle] Walker or Trent? They’ll say, I’ll let Trent go forward, he’ll leave space behind.”

Despite his comments, Neville eventually picked Alexander-Arnold in his England squad, much to Carragher’s amusement.