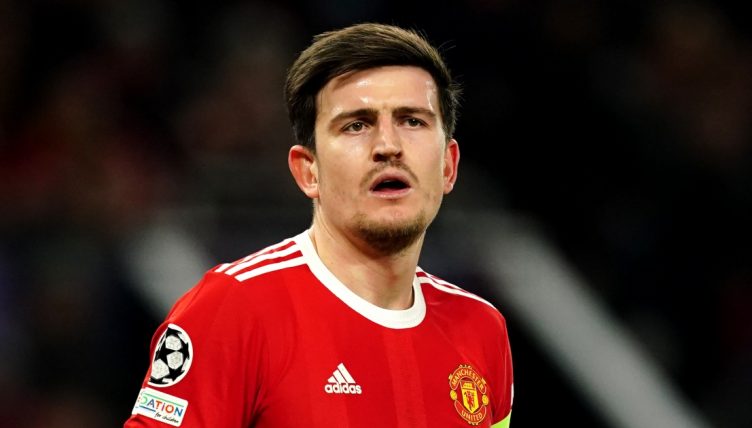 Jamie Carragher has claimed that time is running out for Manchester United captain Harry Maguire to keep his place at Old Trafford.

United were dumped out of the Champions League after Renan Lodi’s 41st-minute header secured a 1-0 win, 2-1 on aggregate, for Atletico Madrid.

It means that, not only were United eliminated in the last 16, but they will endure their fifth consecutive trophyless season – their longest run since 1974.

As Ralf Rangnick’s side searched for an equaliser, Maguire was substituted off for Juan Mata in the 84th minute. The defender left the pitch to the ironic cheers of the United supporters, compounding his difficult season.

Former Liverpool defender Jamie Carragher sympathised with the England defender after the game but warned he could risk his place at United if he does not improve his performances soon.

“The Manchester United captain who cost £80million was taken off in the game,” Carragher told CBS Sports.

“He is going through the worst moment in his career right now. We all have that moment, I can picture it now when I was playing.

“It felt like no matter what I did in a game, how well I prepared for it, how well I played in it. The one thing I did wrong and the ball ended up in the back of my net. And I always remember when that was and that period of my career.

“This is something that Harry Maguire is going through right now and he has to get out of it very quickly otherwise he won’t be at the club because the standards at Manchester United are so high.

“Of course he wants to [get out of it] but his head will be all over the place, he is getting criticism left right and centre.

“He’ll be criticised again – I think the crowd actually cheered when he went off. Which isn’t a nice thing for anyone.

“I’ve always been a fan of Harry Maguire. He gets criticised because he cost £80m. Virgil van Dijk cost £75m and is the best defender in the world.

“Harry Maguire is not that but he doesn’t set the price. He had a great summer with England at the Euros but this season has been a disaster and he almost just needs to get to the end of the season and just forget about football and get away.

“He’s having a really tough time. And every decision he makes, he’s probably overthinking it.”