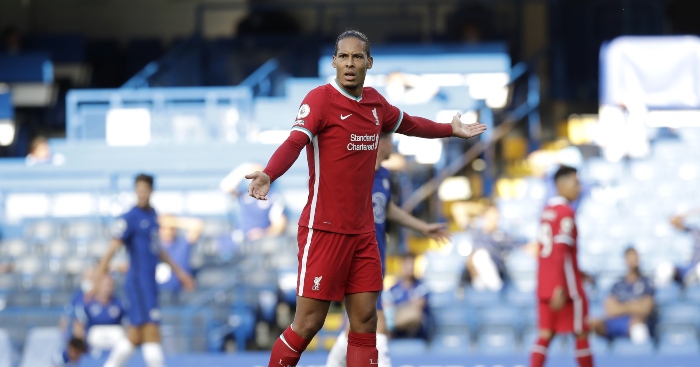 Since Jurgen Klopp replaced Brendan Rodgers in 2015, the Reds have become renowned for the intensity and efficiency of their pressing.

They also play a high defensive line, with their centre-backs positioned roughly around the halfway line when in possession.

Some critics felt that Van Dijk’s season-ending injury would ruin their plans and derail the title challenge, but they have conceded just three goals in all competitions since losing the Netherlands international.

While working as a pundit for Sky Sports, Carragher analysed the subtle tactical changes and also praised Fabinho and Joel Matip’s performances in the 3-0 win over Leicester.

MNF analysis of @LFC defending without VVD! Liverpool played against Jamie Vardy one of the quickest strikers in #PremierLeague did they defend deeper? NO!