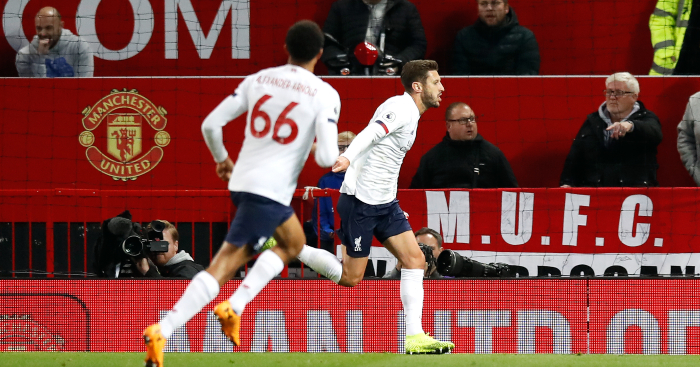 Liverpool may have struggled for large parts against Manchester United but perhaps left Old Trafford the happier of the two teams after coming away with a 1-1 draw.

The hosts had the better of the game certainly in the first half, with Marcus Rashford acting as Liverpool’s scourge, scoring the opener and leaving Virgil van Dijk floundering at one point.

But Liverpool grew into the game after the break and snatched a point when substitute Adam Lallana grabbed a late equaliser.

Jamie Carragher and Gary Neville exchanged their usual banter throughout the game in the commentary box, and former Liverpool defender Carragher clearly enjoyed Lallana’s late leveller for the visitors.

🎙️ "Adam Lallana has come on and got his career back on track!"@Carra23 reacts to @LFC's late equaliser at Old Trafford! 🕺