Watch: Carragher jokes with Alexander-Arnold that Liverpool were ‘awful’ 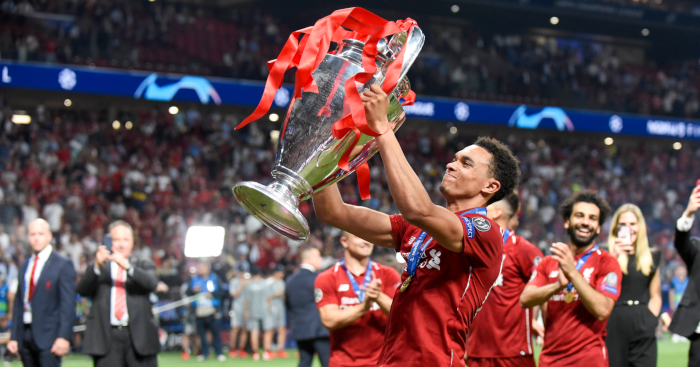 Jamie Carragher joked with Trent Alexander-Arnold that Liverpool were “awful” in their Champions League final victory over Tottenham before the Reds’ youngster was mobbed by his celebrating friends in Madrid on Saturday night.

Alexander-Arnold was playing in his second successive Champions League final at the age of 20 and collected the first major honour of his career as Liverpool beat Spurs 2-0 at the Wanda Metropolitano.

An early penalty from Mo Salah and a late strike from Divock Origi settled the cagey affair as the Reds won their sixth European Cup.

Afterwards, former Liverpool hero Jamie Carragher – a Champions League winner with the Reds in 2005 – joked with the right-back that Liverpool were “awful”, but his post-match interview was quickly interrupted.

.@trentaa98: – It's a special night for the club. I'm sure you remember your night.@Carra23: – Why did you put us through it like that!? pic.twitter.com/0losBsykMz