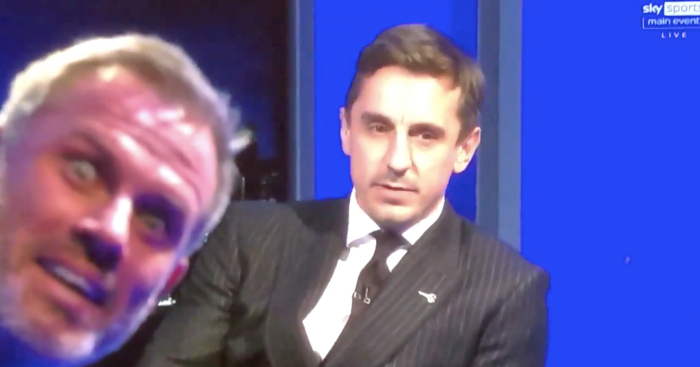 Carragher and Neville were asked for their Premier League predictions for 2021, which included their player to watch over the next 12 months.

The former Liverpool defender went for Manchester City’s John Stones, who has been enjoying a renewed run in the first team at the Eithad.

Neville chose Pogba, which was met by guffaws from Carragher. The ex-United man reeled off a familiar list of reasons why next year would finally be the time Pogba fulfils his potential at Old Trafford.

Carragher channelled the spirit of half the watching audience by inserting his head into shot and pulling an incredulous facial expression.

Upon realising what was happening, Neville turned away from the camera but couldn’t hide his own amusement.

In what has been a terrible, terrible year, this was an utterly wonderful moment. #MNF pic.twitter.com/kok1H27URV