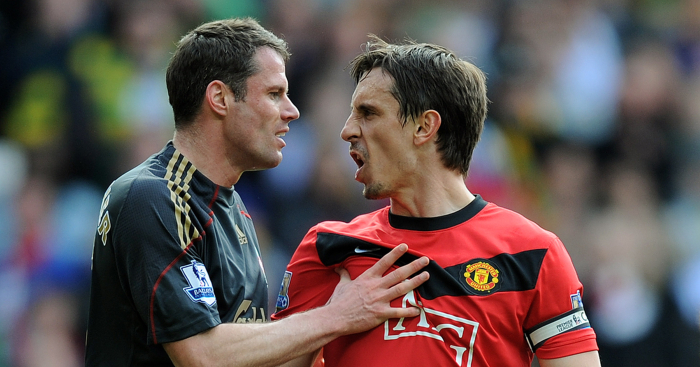 Gary Neville and Jamie Carragher put their respective knowledge on Manchester United and Liverpool to the test with a quiz – with Carragher relishing the chance to torment his fellow pundit.

Sky Sports commentator Martin Tyler hosted the test, pitting the former England internationals against each other with a Premier League quiz on their former clubs.

In a video tweeted out of Neville’s attempt on Manchester United, he was left with his head in his hands on numerous occasions.

Carragher certainly enjoyed watching his friend squirm, and even chipped in when Neville was asked who replaced him in his final appearance for United after enduring a torrid afternoon against West Brom, to which Carragher replied: “Someone from the crowd!”