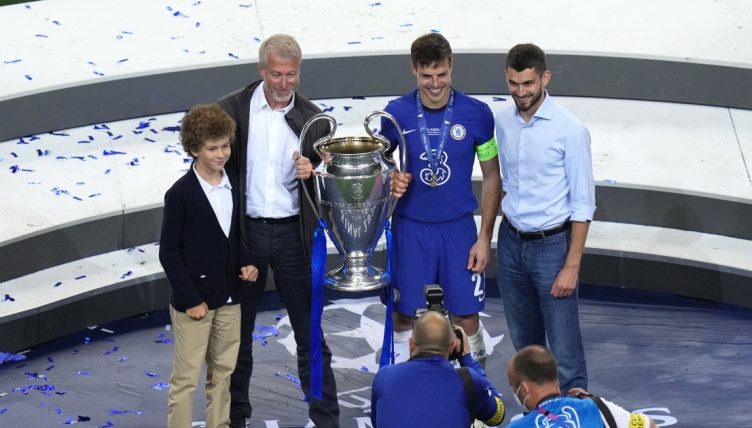 Abramovich hasn’t been able to attend matches in England since 2018 following political tensions between Britain and Russia but was able to watch Chelsea beat Manchester City 1-0 in Porto.

The billionaire may feel entitled to take some credit for Chelsea’s European success –  he changed managers mid-season just like in 2011-12 when they last won the Champions League.

And Abramovich made sure he celebrated with club captain Cesar Azpilicueta.

Embracing the Chelsea stalwart, the 54-year-old warmly embraced a succession of his employees who were all wearing their Champions League medals.

The clip hilariously cuts to images of Thomas Tuchel celebrating with his players in a champagne-soaked dressing room.

The Chelsea manager told reporters: “I spoke to the owner right now on the pitch. It was the best moment for our first meeting, or the worst because from now on things can only get worse!

“We have work to do to close the gap (on Manchester City in the Premier League) and this is what I am all about. It will be nice to meet him (Abramovich) a bit closer.

“We are in constant contact but not personal. He knows what is going on from me but not directly, now it is nice to meet him.”