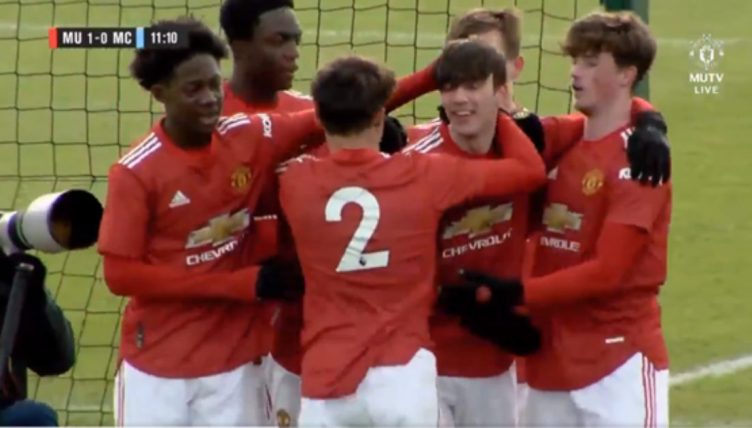 McNeill is a boyhood United fan but left for City’s academy in 2014 and is credited with 600 goals at youth level for the Citizens.

The Red Devils fought off competition from Juventus and RB Leipzig to bring the striker back to Old Trafford for an initial fee of £750,000 in 2020.

He hit the ground running with eight goals in his first 10 Under-18 Premier League games for United ahead of the local derby against City.

The 17-year-old opened the scoring with a deft header in the 11th minute before kissing the United badge in celebration.

Noam Emeran won a penalty for the home side moments later and McNeill tucked away the rebound after his initial was saved by Joshua McNamara.

City controversially pulled a goal back through Tai Sodje but they then allowed McNeill to walk the ball from the kick-off spot and into their net.

Sodje got his second of the game in the second half before McNeill sealed the three points for United with a brilliant strike in injury time.

Take a look at what happened in #mufc #mcfc u18s gamehttps://t.co/0FmA7FZLBD pic.twitter.com/EejQjdRzpp