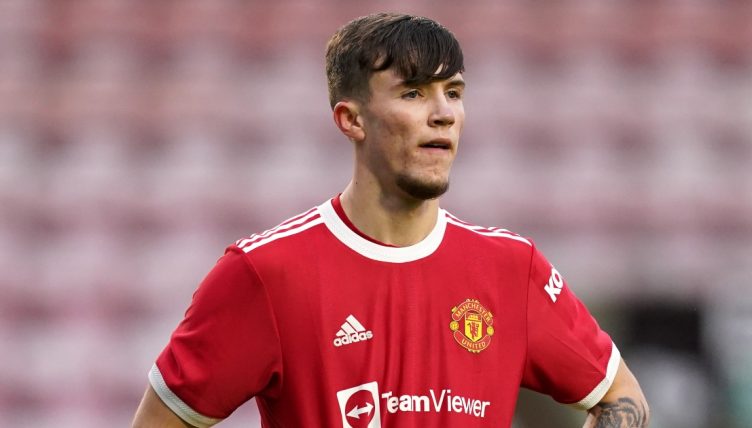 McNeill, who decided to swap the blue half of Manchester for the red side in 2020, is regarded as one of United’s most exciting prospects.

The striker scored 24 goals in 21 Under-18 Premier League games last season and is now making the step up to their Under-23s.

But he’s still eligible for the prestigious FA Youth Cup and recently scored against Scunthorpe United in the third round of the competition.

After Kobbie Mainoo gave United the lead in the fourth round against Reading, McNeill showed great awareness to pick out Sam Mather, whose deflected strike hit the back of the net.

The 18-year-old then got on the scoresheet himself two minutes later, showing great composure in the penalty area before picking out the far corner.

“We talked before the game about the attacking threats that we have and that showed, but those players also have to be a lot better than they were,” he told MUTV after the game.

“There’s ability in this team, as we all know, ability to score goals. That’s where they excel, but in terms of dominating the game with possession and being really hard to play against for the duration, we have got a lot of work to do.”

The Reds will take on either Everton or Sheffield United in the fifth round as they look to win the competition for the first time since 2011.

Superb one-two between Mather and McNeill and United go 2-0 up #MUFC #FAYouthCup pic.twitter.com/eOfgfBCBNm

Water is wet! McNeill scores with a low finish after United win the ball back high up the pitch 3-0 #MUFC #FAYouthCup pic.twitter.com/a3ngCscGm4