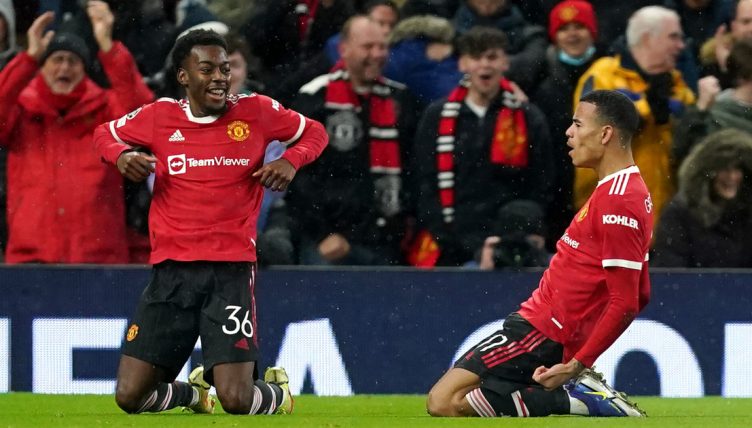 Mason Greenwood has been in fantastic form this season and continued this with a fine finish against Young Boys in Manchester United’s final Champions League group game.

Greenwood scored an acrobatic effort in the first half to give the home side the lead, and the goal sent both the crowd and the bench into raptures.

On the bench was fellow academy graduate Charlie Savage, son of Robbie, who had made a matchday squad for the first time, and he was particularly impressed by his colleague’s effort.

As the ball hit the back of the net, the teenager turned to his team-mate and was visibly wowed. Greenwood has a big future ahead of him, and Savage willl be hoping to emulate him as he looks for a path into the first team.

Savage made his debut as a late substitute for Juan Mata whilst his dad was in the commentary box, and will be aiming to fight for a spot in the Manchester United midfield in the future under Ralf Rangnick.