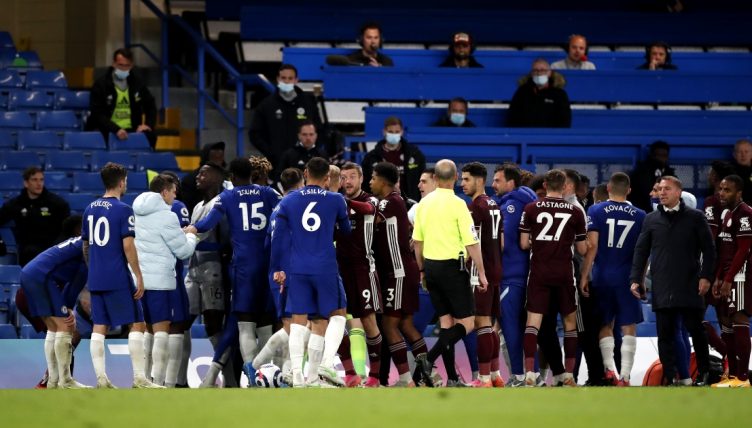 Tempers boiled over as Chelsea and Leicester City players were engaged in a mass brawl at the end of their Premier League match.

Both knew that a victory at Stamford Bridge was critical to securing their Champions League qualification for next season.

Leicester’s frustrations boiled over at the end of the match as Ricardo Pereira wiped out former team-mate Ben Chilwell near the touchline. Antonio Rudiger came over and shoved the Leicester man in retaliation.

This sparked a major brawl as players from both sides charged over and created a scrum of activity. No punches were thrown and the players dispersed after about 30 seconds.

Three Leicester players – Daniel Amartey, Ricardo and Nampalys Mendy – were shown yellow cards, and the FA Cup winners will likely need to get a result against Tottenham on Sunday to secure Champions League football.