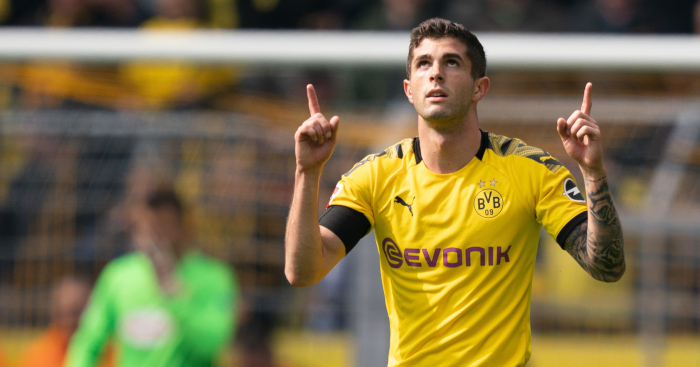 Pulisic is technically on loan at Dortmund after joining Chelsea in January but will leave Germany for Stamford Bridge in the summer.

Prior to the game, the USA international addressed the crowd: “It’s the best stadium I’ve ever played in. I’m going to miss that atmosphere… Most of all, though, I’ll miss the people in Dortmund. It was the best five years in my life.”

And he opened the scoring against Fortuna Dusseldorf with a stooping header as Dortmund won 3-2, meaning they have become the first club in Bundesliga history to score at least two goals in every home match in an entire season.

Meanwhile, Bayern Munich could only draw with RB Leipzig, missing their chance to clinch the title, and so they will head into the final day of the season with a two-point lead at the top of the table.