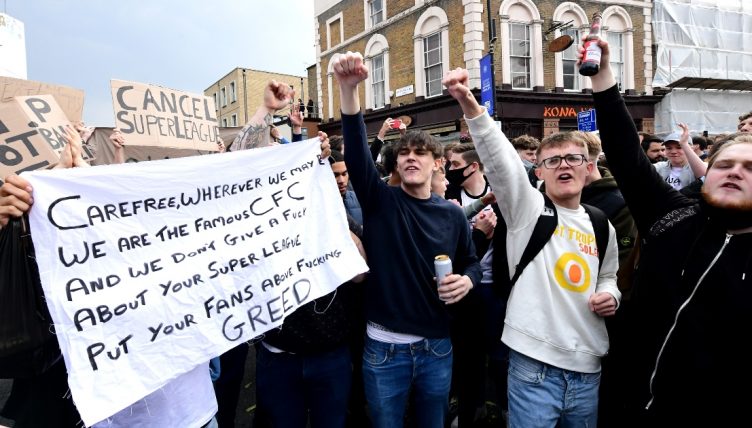 The remarkably vociferous opposition to the proposed European Super League has continued this evening as hundreds of Chelsea fans turned up to Stamford Bridge to protest.

Chelsea had been one of six Premier League clubs, and 12 across Europe, to announce their intent to join the new breakaway competition for Europe’s most wealthy clubs.

Blues legend Petr Cech, who currently serves as a performance director at the club, went outside the ground to try and calm the angry supporters ahead of tonight’s Premier League clash with Brighton.

As the protests continued into the evening, news broke that Chelsea are planning to withdraw from the proposed new competition, and not long after that came reports that Manchester City will do the same.

Independent journalist Miguel Delaney was on the scene and captured videos as news began to filter through – which was met with loud cheers from the Chelsea fans, who made their feelings towards the Super League and its figurehead, Real Madrid president Florentino Perez, abundantly clear.