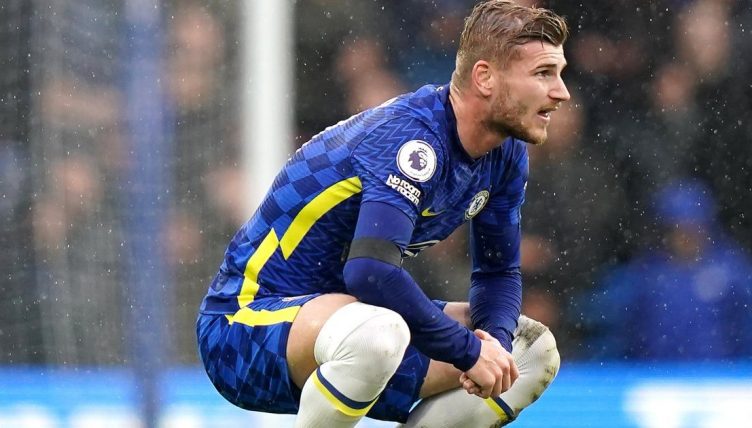 Chelsea supporters were left furious after forward Timo Werner had a goal disallowed for an adjudged foul in the build during the first half their game against Southampton this Saturday.

The incident occurred during the 41st minute of the game, while the home side were 1-0 up, when Blues full-back Cesar Azpilicueta played a teasing ball across the goal line only to see his delivery missed by everyone in the penalty area and for striker Romelu Lukaku to collide with Saints’ defender Tino Livramento while attempting to reach the ball

Winger Callum Hudson-Odoi then recycled the loose ball back into the box, with his cross being met by the head of Werner who nodded it into the top corner.

The goal sparked scenes of jubilation amongst the Stamford Bridge faithful. But the celebrations were short lived when VAR decided to rule the goal out for a foul by Lukaku on Livramento during the initial cross – making it the 16th goal that Timo Werner has had disallowed since joining Chelsea in 2020.

The decision by the officials lead to an extremely angry reaction from the Chelsea players, fans and manager alike.

Chelsea’s grievances seemed to be levelled around not just the question of whether Lukaku had actually fouled the visitors defender but around how long after the alleged foul the goal occurred, with a gap of nearly 10 seconds between the incident and Werner’s header.

Fortunately for Thomas Tuchel’s side, the disallowed effort would not prove vital as they went on to win the game 3-1 – a result which sent them to the top of the Premier League.