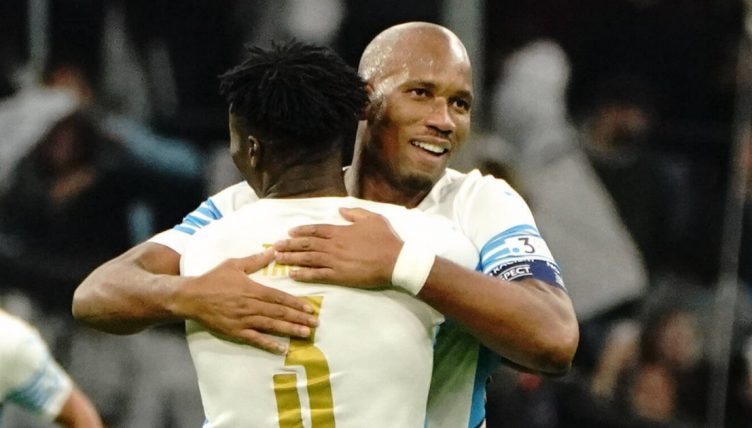 If you’ve got it, you never lose it – and former Chelsea man Didier Drogba proved it by scoring a great hat-trick for a Marseille XI against Arsene Wenger’s UNICEF team in a charity match on Wednesday night.

Drogba was renowned for his goals against Wenger’s Arsenal during his time at Stamford Bridge, and it seems he still enjoys getting one over the French manager.

He lined up alongside Samir Nasri as part of a Marseille side in a charity match organised in benefit of UNICEF at the Stade Velodrome and despite Wenger’s opposition taking the lead, Drogba helped his team to a 7-4 win.

The striker scored three times, including a lovely finish from the edge of the area to complete the set, bringing back some painful memories for Wenger.

For two of the goals, Drogba dusted off his iconic knee-slide celebration, much to the delight of the Marseille supporters in attendance.

He might have been retired for three years, but the former Ivory Coast international will never forget where the back of the net is.

👑👑👑 The King @didierdrogba hits the back of the net and then the trademark celebration.#MatchDesHéros 💙 pic.twitter.com/jCT6iog73N