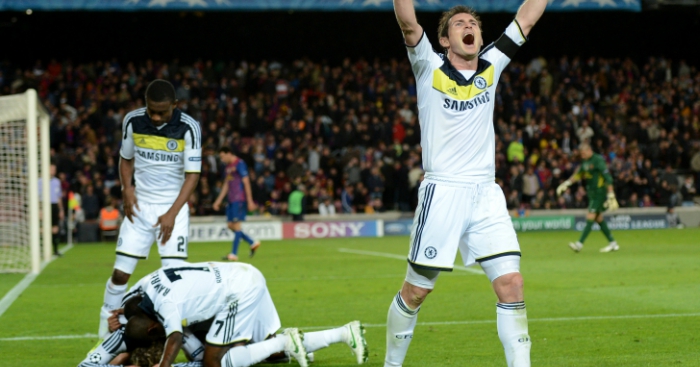 Several of Chelsea‘s Champions League winners from 2012 have recalled their famous semi-final victory over Barcelona in a brilliant documentary.

The west Londoners won 1-0 in the home leg before securing a famous 2-2 draw in the Camp Nou, despite having John Terry sent off in the first half.

A number of the Chelsea players from that game have recalled their triumph, giving a fascinating insight into the success.

Frank Lampard admits the Blues “didn’t care about possession”, while it also includes Roberto Di Matteo on his tactical plans, Ashley Cole on the mental strain of playing against Lionel Messi and co, Didier Drogba on his role as the lone frontman, and Terry on what was going through his mind when he was sent off.

Reflecting on the period after Terry saw red, Lampard admits: “I thought we were going out and I thought it was about trying to save our embarrassment of giving away too many goals.”