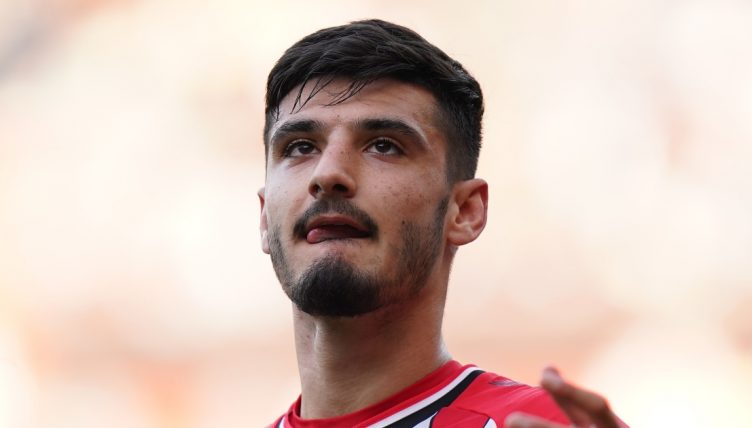 Chelsea loanee Armando Broja continues to impress on loan at Southampton, scoring during their 2-2 draw with Burnley on Saturday – and our eyes were taken with a majestic turn and cross that Nathan Redmond somehow conspired to miss.

But the Albania international should have recorded an assist to go with his goal – and was only prevented from doing so by Redmond’s astonishing miss.

Broja raced down the wing, cutting inside before retiring James Tarkowski with an excellent pirouette. The striker proceeded to cut the ball across the penalty area where the unmarked Redmond somehow skewed his shot wide of an empty net.

The 21-year-old limped off with an ankle injury at full-time but that didn’t stop Saints boss Ralph Hasenhuttl from showering him with praise.

“I think that he has the speed in the one against one, passing and shooting when necessary is very good, he is a threat, this is something that definitely helps out team,” he told reporters.

“We saw two times Armando Broja starting and two times he scored. He gives us some qualities that we didn’t have so far and (I’m) very happy to have him.”

INSANE SKILL FROM BROJA and then the miss from Nathan Redmond… 🤦‍♂️