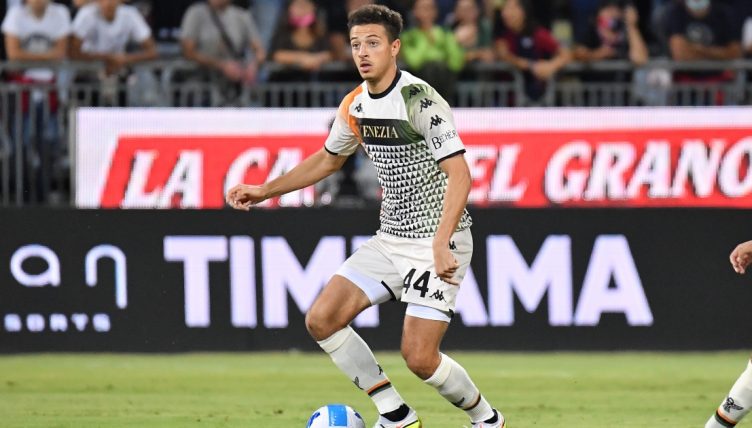 Chelsea loanee Ethan Ampadu was at the centre of a moment of controversy during Venezia’s 2-1 defeat to Salernitana.

With the scores level at 1-1, Ampadu won the ball in a 50-50 with Salernitana winger Franck Ribery but was then shown a straight red card by the referee.

VAR failed to overturn the decision and Andrea Schiavone then scored a 95th-minute winner for Salernitana, leaving Venezia just outside the relegation zone.

“We did well in the first half and Salernitana naturally came back at us, but then the referee was the worst man on the pitch and he ruined the game,” Venezia coach Paolo Zanetti told DAZN after the game.

“Look, we could’ve done better too, but the referee was even called over by VAR to see it again. His earlier yellow card on Ampadu was also absurd, as it wasn’t a foul.

“This destroys and transforms important matches. We are in Serie A and do not expect this sort of thing. We’ll struggle to remain in Serie A, but we want to fight to earn our place on our own merits, not decisions like this.

“I consider myself an honest person and I have no issue saying things to people’s faces. This is the reality of the situation.”