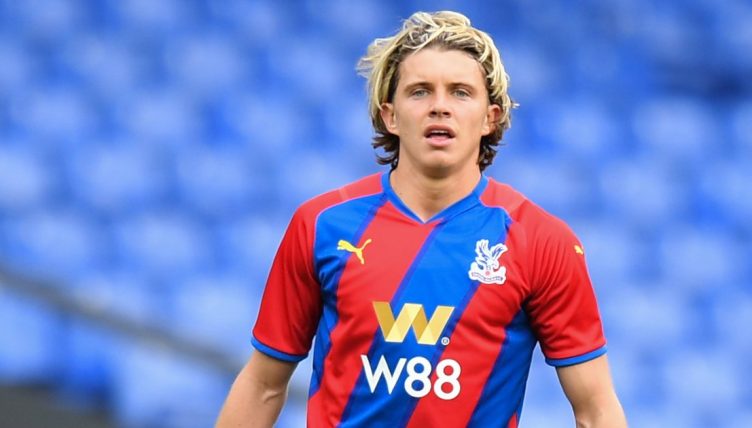 Conor Gallagher is out on loan from Chelsea for the fourth season in a row and he showed he intends to make his presence felt at Crystal Palace this term with a powerful effort that hit post and crossbar on Saturday afternoon.

Gallagher, who spent last season unsuccessfully battling relegation with West Brom, was making his Crystal Palace debut in their home game with Brentford.

The match finished 0-0, but Gallagher had a good go at making sure Palace took all three points.

In the first half, the 21-year-old attacking midfielder played the ball out wide to Wilfried Zaha, moved towards the box and got it back from Palace’s talisman.

Gallagher took a poor touch, but managed to get a shot away, hammering the ball into the near post before watching it bounce up onto the bar. Palace fans could barely believe it had stayed out.

Despite the draw, manager Patrick Vieira was clearly impressed with his new signing.

After the game, he said: “I think Conor had a really good game. I think he was unlucky not to score the chance that he created. He was full of energy on the field.”

How did that stay out?!

Conor Gallagher smashes the ball against both the upright and the crossbar, denying him a dream start to his loan at Crystal Palace 🦅 pic.twitter.com/orpLVCcle5