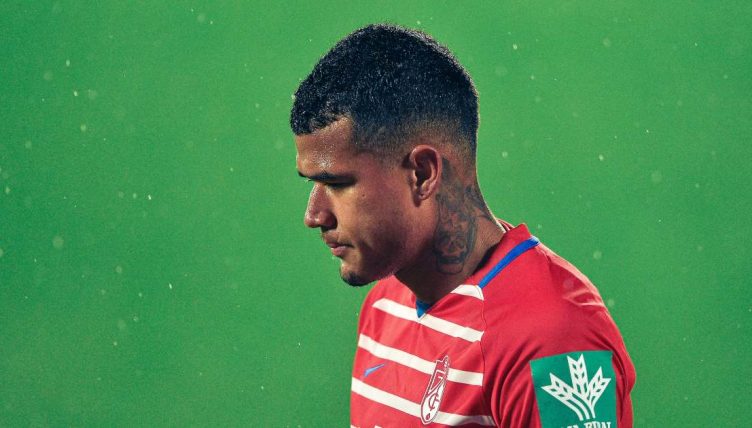 Chelsea loanee Kenedy capitalised on some poor defending from Barcelona to score for Granada in the Copa del Rey quarter-final.

The Brazilian joined Chelsea from Fluminense in 2015 but failed to establish himself in the first team, making just 15 Premier League appearances for the club.

After brief spells at Watford, Newcastle United and Getafe, he joined Granada on a season-long loan deal in September 2020.

The 24-year-old has scored two goals in 16 La Liga appearances so far this season, including a stunning strike against Villarreal.

He was named in the starting line-up against Barcelona and opening the scoring in the 33rd minute. Alberto Soro seized on a Samuel Umtiti mistake before picking out Kenedy who was there to tap the ball home from close range.

Former Tottenham striker Roberto Soldado then doubled their lead in the second half before Antoine Griezmann and Jordi Alba scored late goals for the visitors.

Umtiti gets caught in possession and Barcelona's defence are punished 👀 pic.twitter.com/BnzIWCMNpT