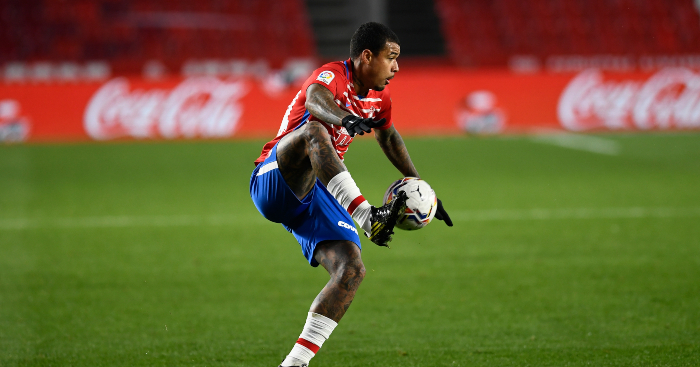 Forgotten Chelsea man (by us, at least) Kenedy scored a stunning equaliser to rescue Granada a point in their 2-2 draw with Villarreal on Wednesday night.

Unlike many of those loanees, the Brazilian does have some experience of playing for the Blues’ first team, scoring twice in 20 appearances in 2015-16, but hasn’t appeared for the club since 2017.

The 24-year-old scored his second goal of the season for seventh-placed Granada, beating two players before lashing the ball into the top corner from long range to secure a 2-2 victory in a game which saw former Tottenham flop Roberto Soldado open the scoring.

We don’t expect Frank Lampard to be on the phone any time soon, but at least some Chelsea players are having fun…

Kenedy with an absolute SCREAMER! 😱

Great play to beat two opponents and then a ROCKET to finish it off 🚀 pic.twitter.com/HseMv3A2cp