Watch: Chelsea loanee takes p*ss out of Mexico player for being short 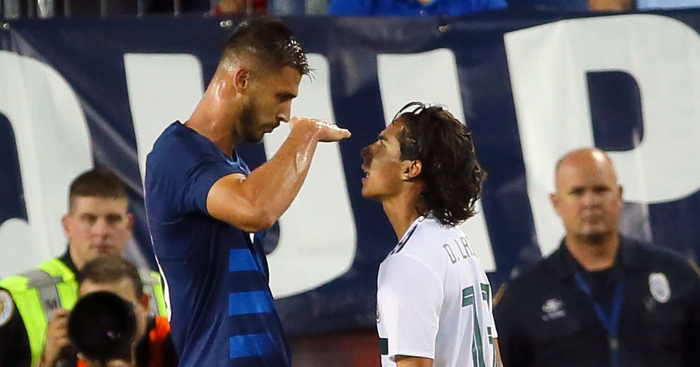 Chelsea loanee Matt Miazga caused a stir in the USA’s friendly with Mexico as he mocked Diego Lainez’s height.

The States beat Mexico 1-0 in Nashville thanks to Tyler Adams’ second-half goal, but Miazga provided the most memorable moment of the night.

With the score still locked at 0-0 midway through the second half, the defender was fouled by Lainez, with the two players then squaring up to each other.

Miazga proceeded to mock the Club America teenager for being short, at which point team-mates from both sides became involved in a fracas.

Moments after the incident, Mexico forward Angel Zaldivar was sent off for a dangerous tackle on Will Trapp.

Lainez and Miazga, however, both played down the incident after the match.

“We got in their heads, they got a red card right after and you saw what happened. We took control and we won the game.”