Watch: Penalty king Jorginho misses from the spot for Italy in WC qualifer 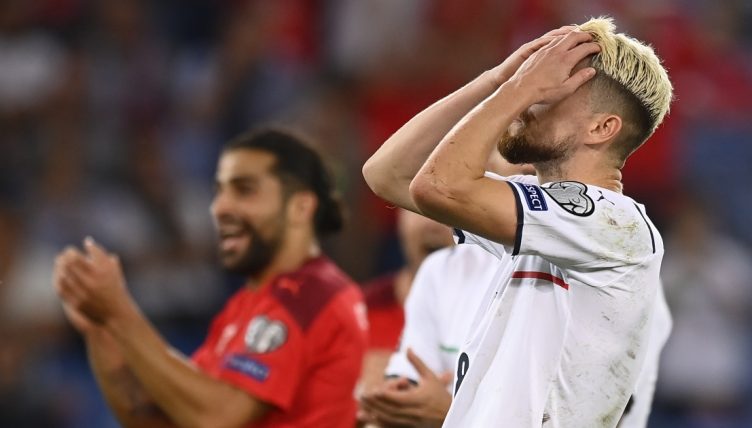 It’s been a stellar year for Chelsea and Italy midfielder Jorginho but he’ll want to forget last night’s World Cup qualifier against Switzerland in a hurry.

Jorginho has shone throughout 2021, winning the Champions League at club level before picking up the European Championship trophy over the summer. His performances have been so impressive that the midfielder was named UEFA Men’s Player of the Year for the 2020-21 season.

But the Chelsea man, who has built a reputation as a penalty king, missed from the spot as Italy were held to a 0-0 draw in Basel on Sunday night.

Roberto Mancini’s side were struggling to find a breakthrough when Domenico Berardi was fouled in the penalty area.

What happened next should have been a formality but Jorginho hit a tame penalty right down the throat of Yann Sommer. It was the first time he’d failed to score a penalty time in normal time for his country, although it’s now two in a row he’s missed after Jordan Pickford saved in England’s ill-fated shootout in the Euro 2020 final.

Despite dropping two points, Italy have now not lost for 36 consecutive matches, matching Brazil’s world record set between 1993 and 1996.