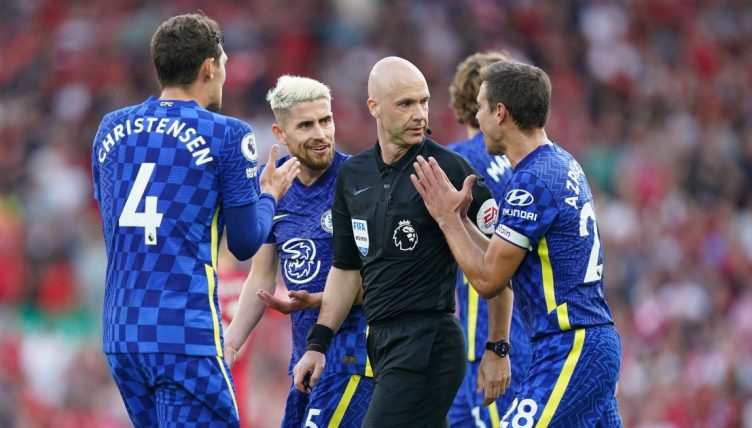 The visitors had dominated the first half at Anfield and looked set to end the first-half ahead through Kai Havertz’s inventive header.

But the mother and father of all controversies erupted just before the interval as an almighty goalmouth scramble ensured.

Reece James appeared to handle the ball on the goalline but the decision to award Liverpool a penalty was only given thanks to the intervention of VAR.

James was shown a red card, leaving his Chelsea team-mates furious. Their mood wasn’t alleviated by Mo Salah, who converted his spot-kick, and handbags ensued between the two sets of players

As the half-time whistle blew a large group, led by captain Cesar Azpilicueta, surrounded Taylor to protest the decision.

Chelsea are fuming at half time! 😡 pic.twitter.com/6uXxdZ6idj