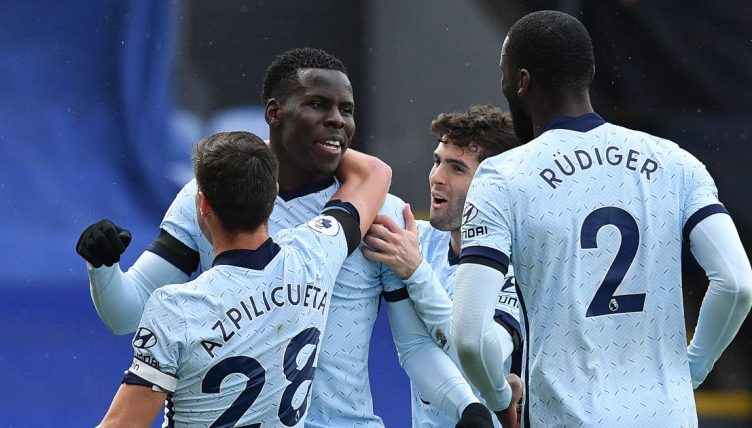 Chelsea players took it in turns to slap Kurt Zouma after he scored during the 4-1 win at Crystal Palace.

Zouma is a popular figure at Chelsea and his goal at Selhurst Park was only his 10th for the club.

Mason Mount delivered a free-kick into the Crystal Palace penalty area and Zouma rose above ex-Chelsea stalwart Gary Cahill and planted his header beyond the stranded goalkeeper.

So his teammates were naturally delighted after the centre-back found the net yesterday.

Antonio Rudiger starts things off with a slap that catches Zouma completely off guard.

This was followed by congratulatory pats from Mateo Kovacic, Cesar Azpilicueta, Jorginho and Mount as Zouma found himself buried under a pile of affection.

Despite the rarity of Zouma finding the net, yesterday’s strike was actually his fifth of the season – making him the highest-scoring defender in the Premier League for 2020-21.