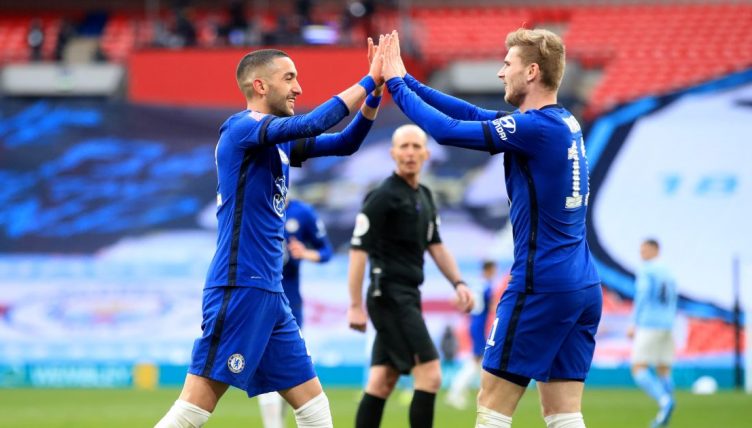 Chelsea gave Pep Guardiola’s Manchester City side a taste of their own medicine during the second half of the FA Cup semi-final.

Since Guardiola replaced Manuel Pelligrini at the Etihad in 2016, City have dominated possession in the vast majority of their games.

They are renowned for keeping control of the ball and starving the opposition of possession, just like Guardiola’s Barcelona and Bayern Munich sides.

City registered 56% of the possession against Chelsea but struggled to create many clear cut opportunities, with Thiago Silva excelling for Chelsea.

After Hakim Ziyech gave Chelsea the lead in the second half, they then tormented City by keeping the ball for 94 seconds and completing 37 uninterrupted passes.

“It was a very, very strong performance. I’m very happy and proud,” Thomas Tuchel told BBC Sport after the game.

“We played an excellent 35 minutes in the first half. We had to suffer for 10 minutes. We then played another 30 minutes so strong and got the lead and could have got another. I am very proud of my team.

“A good defence is also having the ball and ball possession. It is a very good clean sheet. We were not lucky to escape with a clean sheet, we worked hard for it.”