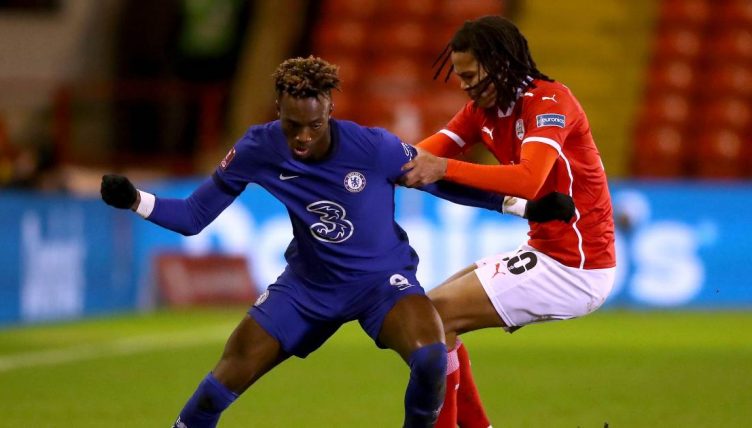 While VAR continues to divide opinion in the Premier League, Chelsea were left ruing its absence during their FA Cup tie against Barnsley.

After scoring a hat-trick against Luton Town in the fourth round, Tammy Abraham was handed just his second start under new boss Thomas Tuchel.

Abraham was picked out by Billy Gilmour in the 18th minute and was then brought down by Toby Sibbick in the penalty area.

Despite numerous appeals from the Chelsea players, the challenge was immediately waved away by Martin Atkinson.

The replays showed that Sibbick didn’t get the ball but VAR is only used during ties hosted at Premier League stadiums so the Tykes were given a reprieve.

Abraham did eventually break the deadlock in the second half, converting Reece James’ cross from close range.

Should there have been a penalty? The @BBCSport pundits have had their say.

Do you agree with them? #bbcfacup