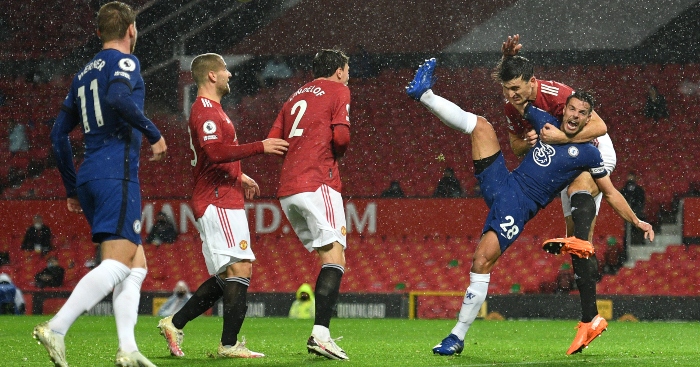 Harry Maguire’s life has been extremely well-documented in recent months, but nobody has commented on the defender’s newly acquired judo skills.

During Manchester United‘s match with Chelsea, played in conditions that ducks would find inclement, Maguire was called upon to defend a Chelsea free-kick. Demonstrating why he remains England’s first-choice centre-back, Maguire headed the ball away from danger imperiously.

The problem? He had wrapped his arm around Cesar Azpilicueta’s neck and unceremoniously pulled him to the ground while doing so. Showing the consistency we’ve all come to expect from it, VAR declined to check the decision and allowed the game to play on.

We’ve seen penalties given for a lot less.

Should Chelsea have been awarded a penalty for this pull from Harry Maguire? 🤔