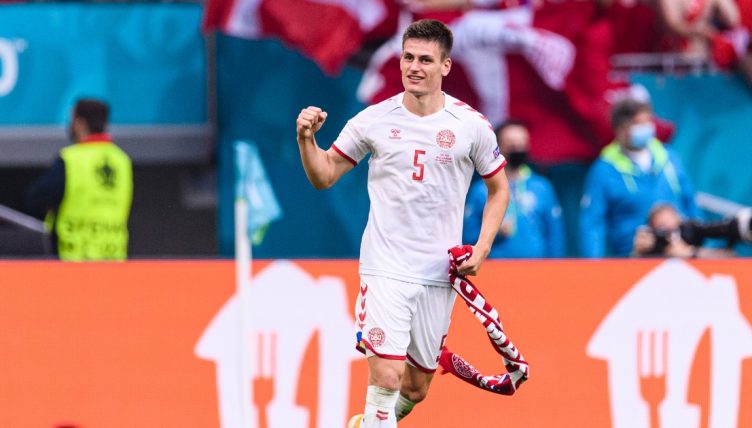 Chelsea target Joakim Maehle underlined his quality with an outstanding cross with the outside of his foot for Denmark’s second goal against the Czech Republic.

Maehle has emerged as a surprise transfer target for the European champions after impressing with his performances at Euro 2020.

And the Atalanta full-back delivered one the assists of the tournament during Saturday’s quarter-final against the Czechs in Baku.

Denmark were already good value for their 1-0 lead before Maehle chased the ball down the left flank.

Using his stronger right foot, the 24-year-old flicked a sexy cross using the outside of his foot without breaking stride into the Czech penalty area.

Kasper Dolberg, who’d already scored twice during the tournament, was on hand to volley home and cap a wonderful goal.

Denmark have attracted plenty of neutral support during the competition after star man Christian Eriksen collapsed during their first game against Finland.

Watch: Jorginho sends Thorgan Hazard towards the Autobahn with drag-back