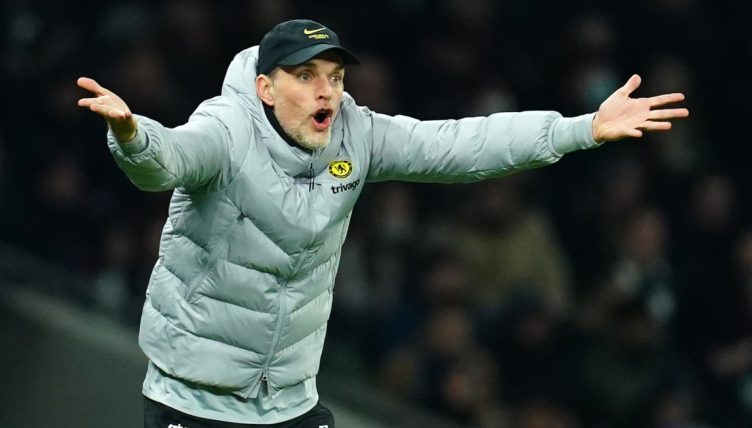 Chelsea manager Thomas Tuchel did a passable impression of Jose Mourinho’s famous “If I speak…” line when asked about the postponement of Arsenal’s clash with Tottenham tomorrow.

The German coach did not look in best spirits after Chelsea’s disappointing 1-0 defeat away to Manchester City, a result that leaves the Blues sitting 13 points behind Pep Guardiola’s champions-elect.

Asked about his opinion of Sunday’s north London derby being postponed, Tuchel refused to give an answer, but it’s easy to read between the lines of what he really thinks when he said “it’s much better for me not to answer the question.”

The response brought to mind Mourinho saying “If I speak, I am in big trouble” when asking about controversial decisions against Chelsea when he was in charge back in March 2014.

Chelsea saw their request for their match against Wolves last month, a costly 0-0 draw, rejected by the Premier League despite a number of coronavirus cases in their camp.

Arsenal, on the other hand, reportedly have just one coronavirus case in their squad, but have seen their request for Sunday’s clash away to Spurs to be postponed due to a lack of available first-team players – with other factors including injuries, players away at AFCON and the suspension of Granit Xhaka.

“I strongly, strongly hope that’s not the case otherwise I would be very, very angry,” Tuchel responded earlier in the week when he asked if he thought certain clubs were attempting to get games postponed to gain a sporting advantage.

“We are doing everything we can to make games happen and we were made to play when we thought we should maybe not. I can only strongly hope the rules are the same rules for everybody.”

I prefer NOT to speak. I’ll be in trouble! Tuchel does the Mourinho. Different rules for Arsenal, Liverpool, Man United… NLD Postponed. #CFC #MCICHE #PL pic.twitter.com/c4lENAMWZ2