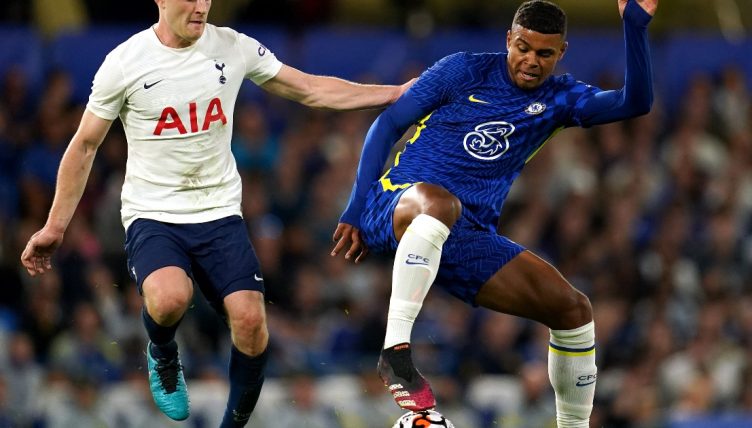 Chelsea and Tottenham clashed at Stamford Bridge on Wednesday night in a pre-season friendly with the match ending 2-2. Although he did not get on the score sheet, it was a memorable night for Tino Anjorin.

Hakim Ziyech fired Chelsea in front after 16 minutes and he doubled the Blues’ advantage four minutes into the second half, only for Lucas Moura to pull one back seven minutes later.

Steven Bergwijn ensured that no one would leave the clash with any bragging rights, however, taking a couple of brilliant touches before firing through the legs of Edouard Mendy.

While Thomas Tuchel’s side were 2-1 to the good, youth graduate Anjorin came close to making his mark in west London.

The midfielder was part of the side that beat Arsenal 7-1 in the FA Youth Cup final in 2018, a game in which he scored the seventh, and he nearly added another goal against London rivals to his portfolio.

Showing great strength, he outmuscled Moura before gliding past challenges from Harry Winks and Oliver Skipp only to see his well-struck shot saved by Mendy.