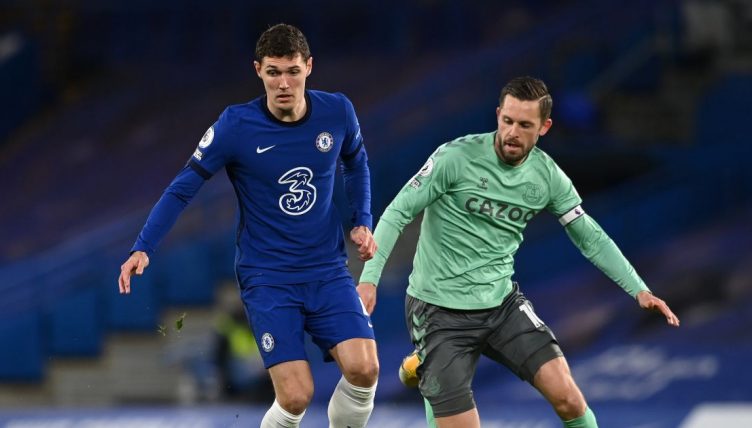 After falling out of favour under Frank Lampard, Andreas Christensen delivered a timely reminder of his ability during Chelsea‘s 2-0 win over Everton.

Christensen has been in impressive form in recent weeks, conceding just one goal in his last eight appearances in all competitions.

“Andreas stepped in in the middle of the first half against Tottenham, which was a really tough thing to do, and from the first minute, he’s been absolutely impressive,” Thomas Tuchel said after Chelsea’s 1-0 win over Liverpool.

“He’s brave, strong in individual challenges, brave and intelligent in the build-up, and plays with a lot of confidence. I am absolutely happy with his performances and how he’s stepped up. He’s been a big part of our performances.”

With Chelsea leading 1-0 against the Toffees, Richarlison was 1v1 against Christensen but the Denmark international produced a brilliant tackle to win the ball.