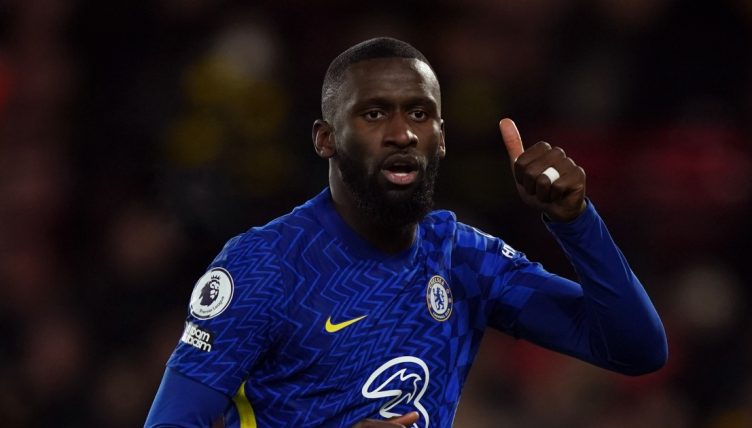 Antonio Rudiger was part of the Chelsea backline that comfortably kept Tottenham at bay during their League Cup semi-final on Wednesday – and the defender caught our attention by booting the ball at Tanguy Ndombele.

Rudiger has missed just one Premier League game for Chelsea this season and is establishing himself as something of a cult hero at the club.

But there have been intense rumours that the Germany international will be leaving Stamford Bridge when his contract expires this summer with the likes of Real Madrid, Paris Saint-Germain, Bayern Munich and Juventus reportedly interested in his services.

It remains to be seen whether Rudiger remains at Chelsea beyond this season but we’d definitely miss his numerous shithouse moments if he were to leave the Premier League.

From undoing Caoimhin Kelleher’s gloves during the draw with Liverpool to instigating a post-match brawl against Leeds, Rudiger is admirably committed to football’s dark arts and this was in evidence again at Stamford Bridge on Wednesday.

As Tottenham’s Ndombele went down under the challenge of Cesar Azpilicueta, Rudiger booted the ball at the Spurs man on the floor.

Rudiger is not a normal human being but I absolutely love him pic.twitter.com/ygOVp19V1v