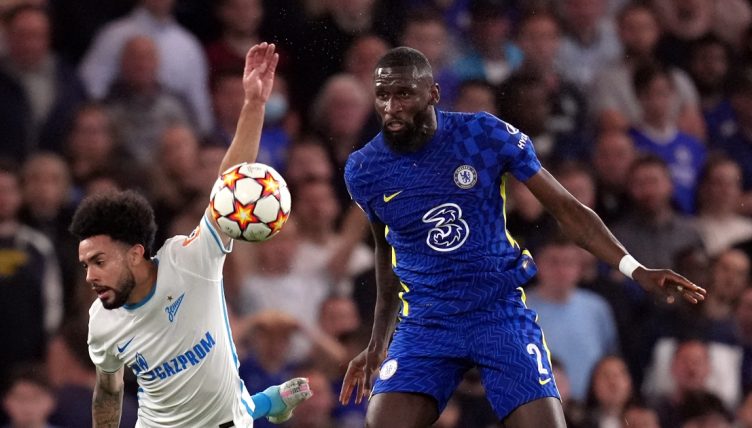 Rudiger had an eventful night as Chelsea played their first Champions League match in front of a packed Stamford Bridge since 2019.

The defender had one Franz Beckenbauer-esque run that almost resulted in a goal of the season contender.

And the Germany international made a crucial intervention at the other end of the field to ensure that Chelsea got their campaign off to a winning start.

In a sudden attack by Zenit, Sardar Azmoun slipped away from Cesar Azpilicueta and found himself through on goal with only Edouard Mendy to beat.

It looked like a certain equaliser until Rudiger closed him down from the side and prevented a certain goal-scoring opportunity.

Rudiger and Chelsea are currently in negotiations over an extended contract, with PSG and Real Madrid monitoring the situation in case the defender leaves the club next summer.