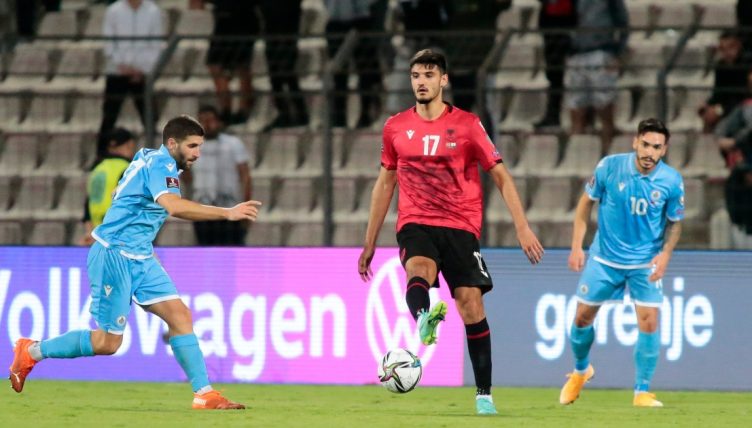 Chelsea youngster Armando Broja kept up his international hot streak with one goal and two assists in Albania’s 5-0 thrashing of San Marino on Wednesday night.

Broja scored a sensational solo winner against Hungary last week, his first goal for Albania, as his country attempt to qualify for their first-ever World Cup finals.

And the striker had a hand in three of Albania’s five goals against their mismatched opponents. The first assist came early in the second half, as a cute lay-off enabled midfielder Qazim Laci to double Albania’s lead.

After extending Albania’s lead with a clinical finish, Broja was on hand to take advantage of a loose touch by the San Marino defender and enable Myrto Uzuni to complete the rout.

Broja will be spending the 2021-22 season at Southampton as Chelsea look to give the 19-year-old some Premier League experience before integrating him into the first team at Stamford Bridge.