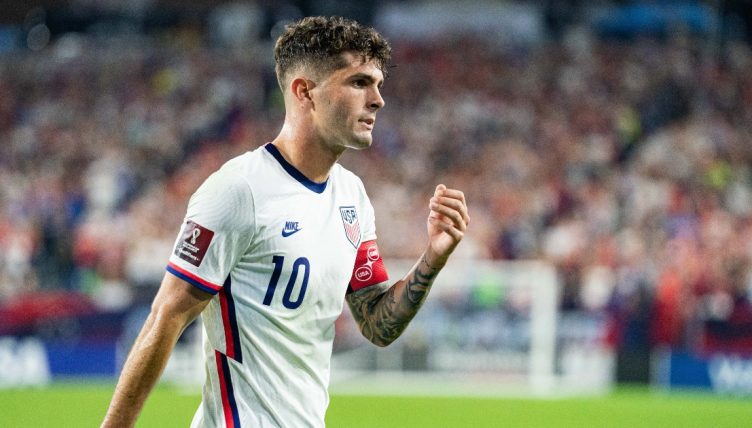 Chelsea forward Christian Pulisic scored the opening goal for their USA in their 2-0 win over Mexico last night – and celebrated by displaying an irrelevant message under his shirt.

Pulisic, 23, has struggled with injury this season, managing less than 90 minutes of Premier League football and making just one start in all competitions for the Blues.

Introduced off the bench in the 69th minute, Pulisic broke the deadline five minutes later, getting into the six-yard box and converting the cross from Lille’s Timothy Weah.

During his celebration, the Chelsea star lifted up his shirt to reveal a message in his undershirt that simply said ‘The Man In The Mirror’, a cheeky response to Mexico’s veteran goalkeeper Guillermo Ochoa saying “Mexico is the mirror in which the United States wants to see itself” before the match.

Juventus midfielder Weston McKennie doubled the USA’s lead in the 85th minute, and the 2-0 win takes them top of the CONCACAF qualifying standings – a huge leap forward to Qatar 2022.

Memo Ochoa: "Mexico is the mirror in which the United States wants to see itself"