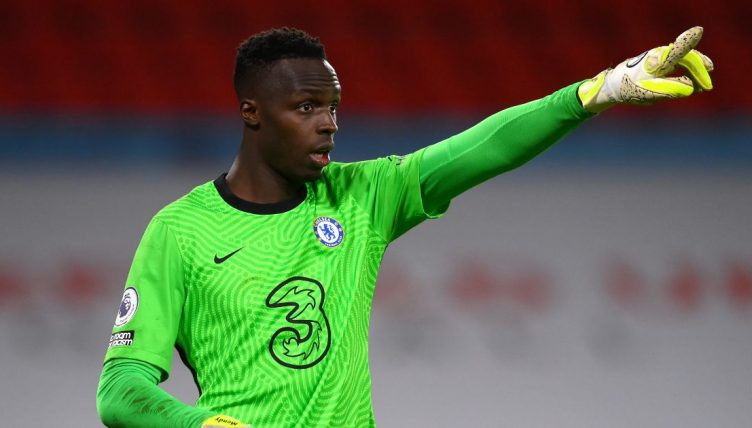 It’s often said that being a goalkeeper is the loneliest job in football, but Chelsea‘s Edouard Mendy was able to join in with the celebrations after Emerson Palmieri’s goal against Atletico Madrid.

In the first leg of the Champions League last-16 tie, Olivier Giroud’s spectacular overhead kick gave the Blues a 1-0 victory in Bucharest.

Thomas Tuchel’s side were in a great position going into the second leg and Hakim Ziyech doubled their aggregate lead after 34 minutes at Stamford Bridge.

The Spanish side failed to really test Mendy in the Chelsea goal and Stefan Savic was sent off late on for elbowing Antonio Rudiger, who relished the opportunity for some wonderful shithousery with Mario Hermoso afterwards.

Chelsea completed the job deep into injury-time when substitute Emerson finished off a brilliant counter-attack with a low drive into the far corner.

Mendy then ran the length of the pitch to celebrate with his team-mates, invoking memories of former Liverpool goalkeeper Pepe Reina.

Look at the length Eduard Mendy ran on the field to join in the celebration 😭😭💉pic.twitter.com/UqEdAeFKKv