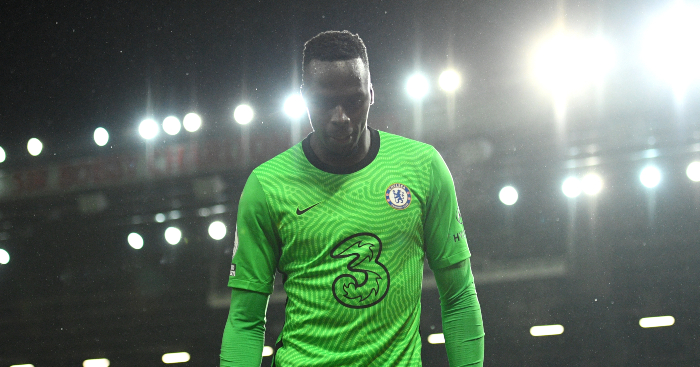 After being a spectator throughout Chelsea‘s 2-0 win over Burnley, Edouard Mendy decided to showcase his skills in the closing stages.

Cesar Azpilicueta netted the opener just before half-time before Marcos Alonso marked his return to the side with a brilliant volley in the 84th minute.

The result marked Thomas Tuchel’s first win as Chelsea manager and they have climbed three places to seventh in the Premier League table.

The goalkeeper also showed great composure to fool Burnley’s Joel Mumbongo with a clever dummy before dragging the ball back and picking out a team-mate.