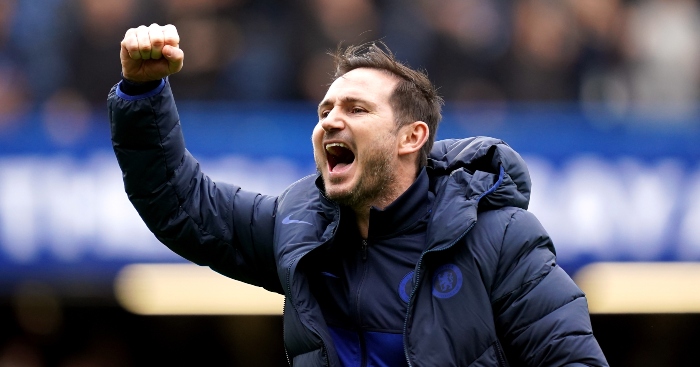 Frank Lampard thoroughly enjoyed getting one over Jose Mourinho as Chelsea got a crucial 2-1 win over Tottenham in the London derby.

Mourinho was Lampard’s manager at Stamford Bridge and the pair won two Premier League titles together, but they are now on opposing sides.

Chelsea went 1-0 up in the 15th minute when Olivier Giroud fired low past Spurs keeper Hugo Lloris after Ross Barkley had hit the post.

The home side doubled their lead three minutes after the break as Marcos Alonso found the corner of the net with a sweet left-foot shot.

Lampard couldn’t hide his emotions and celebrated wildly on the touchline while his former boss looked dejected and returned to his seat.

Things you absolutely love to see. Super Frank from r/chelseafc

Antonio Rudiger scored an own goal to give Spurs a late consolation but Chelsea held on to maintain their place in the top four.

Mourinho also appeared to blank Lampard after the full-time whistle, and he couldn’t get down the tunnel to the changing rooms quick enough.

Mourinho couldn’t even give Lampard a handshake DKMMMM😭

Lampard also became the first manager to beat Mourinho home and away in a single league season.