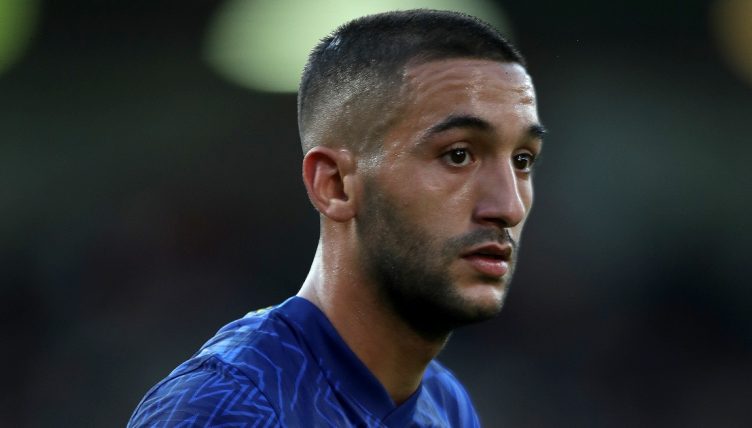 Chelsea midfielder Hakim Ziyech has enjoyed an impressive pre-season and scored a goal in training that had the trajectory of a jet-powered missile.

Ziyech cost Chelsea £33.3million from Ajax before the 2020-21 season, but the Morocco international often struggled to live up to his billing in a difficult debut campaign in English football.

Injuries didn’t help, but a total of 15 Premier League starts does not befit a player of his ability.

Ziyech has stood out during pre-season, scoring twice against Tottenham in a recent friendly, and his displays have raised hopes that the winger can rediscover his best form over the upcoming season.

And, if this goal in training is anything to go by, Ziyech appears fully capable of fulfilling those expectations.

The ball appeared to run out of play before being tapped towards an unmarked Ziyech. Not one to look a gift horse in the mouth, he smashed it first-time into the top corner with an accuracy that made any attempt to stop it futile.