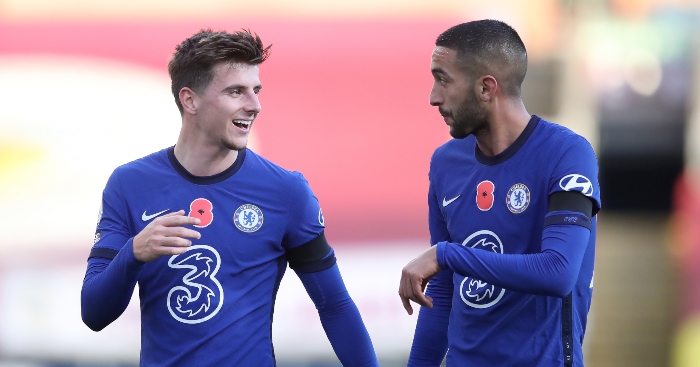 Hakim Ziyech got two assists during Chelsea‘s 4-1 win over Sheffield United – but the real moment of the game came when he utterly humiliated Ben Osborn.

The Blades took an early lead through David McGoldrick before Tammy Abraham’s half-volley bounced past Aaron Ramsdale for Chelsea’s equaliser.

Ziyech then crossed for Ben Chilwell to score in the 34th minute, but even better than that was the skill the Morocco international produced to skip past Osborn in the second half.

Ziyech is disrespectful for this. Good lord 😰😨 pic.twitter.com/ih6KlBKIr8

Thiago Silva headed in Ziyech’s free-kick at the near post in the 77th minute before Timo Werner added a fourth goal for Frank Lampard’s side moments later.