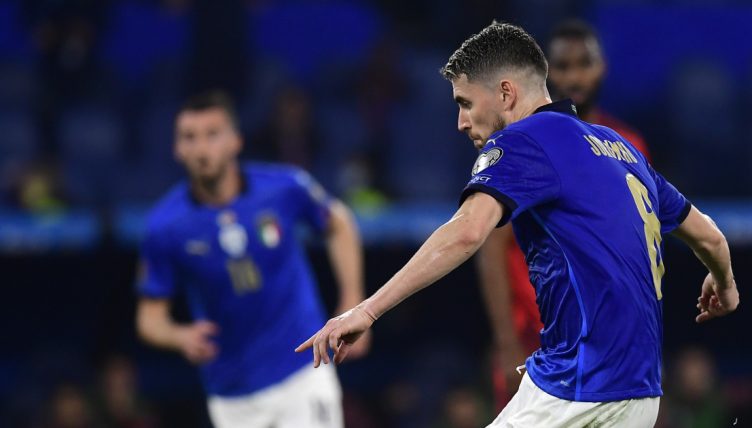 Chelsea midfielder Jorghino sent the ball into the stands with his last-minute penalty as European Champions Italy drew with Switzerland in Rome.

Jorginho is Italy’s long-term penalty taker but missed in the penalty shootout against England in Euro 2020 and Swiss keeper Yann Sommer saved one from Jorginho the last time the two nations faced off in qualifying.

The Italian midfielder, who has been tipped as an outside bet for the Ballon d’Or after winning the Euros and the Champions League, decided against his usual hop and skip routine and went for a normal strike.

But he sent it high above the bar, missing out on three points that would have all but confirmed Italy’s place at next year’s World Cup.

The draw means both Switzerland and Italy are tied with 17 points, Italy ahead on goal difference by two goals.

The final group games will see Italy travel to Northern Ireland while Switzerland will entertain Bulgaria at home.