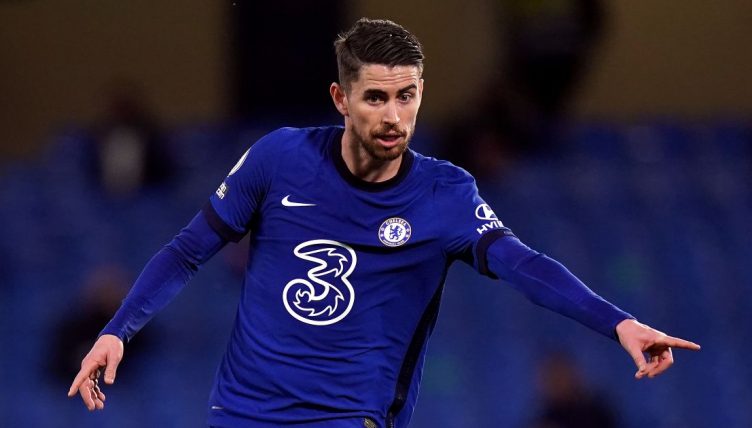 Jorginho was left red-faced at Stamford Bridge after making a costly error in Chelsea‘s 1-0 defeat to London rivals Arsenal.

The Italy international, who is renowned for his ability on the ball, played a pass towards his own goal but miscalculated where goalkeeper Kepa Arrizabalaga was standing.

Kepa somehow managed to swipe the ball off the line, denying Jorginho the unwanted record of scoring the 1,000th own goal in the history of the Premier League.

But Pierre-Emerick Aubameyang reacted quickly and picked out Emile Smith-Rowe who made no mistake in front of goal.

“It was one of those things, a mistake from a midfield player that is normally so good on the ball, so accomplished,” Jamie Redknapp said on Sky Sports.

“There is a rule when you pass it back you never pass it between the widths of the posts, he does that, they thought they got away with it.

“Aubameyang does great, plays it back to Smith-Rowe. He sort of scuffs it. They force the mistake to a certain extent but it is just one of those things.”