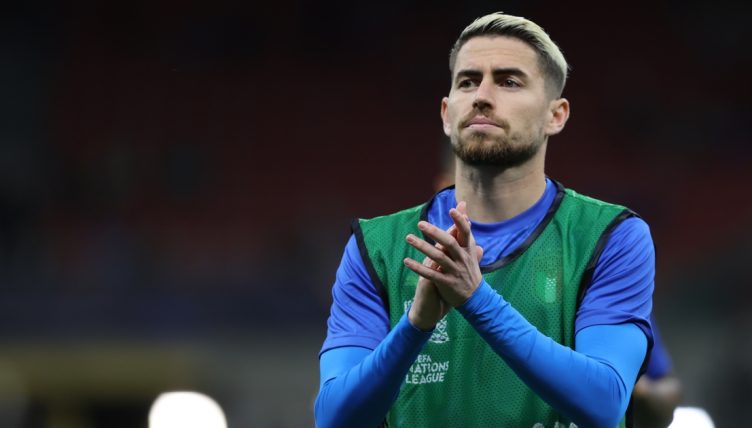 Chelsea‘s Jorginho has become the latest player to embarrass Manchester City’s Kevin De Bruyne with some slick footwork this week.

Jorginho and De Bruyne were both named on the bench for the UEFA Nations League third-place game between Italy and Belgium.

The duo were both brought on in the second half and Italy had a 2-0 lead following goals from Nicolo Barella and Domenico Berardi.

De Bruyne, who was recently made to look foolish by Paul Pogba, tried to press Jorginho in the 74th minute, but the Italian showcased his skills and skipped past him. The City midfielder did set up Charles De Ketelaere’s goal 12 minutes later but it proved to be too little too late.

Jorginho has enjoyed an outstanding 2021 and is one of five Italians to be included on the 30-man shortlist for the Ballon d’Or.

“They are there because they are good, not because of me,” Italy boss Roberto Mancini said. “Jorginho should, in my opinion, win the Ballon d’Or. He has won everything and deserves it a lot. It would seem strange to me otherwise.”