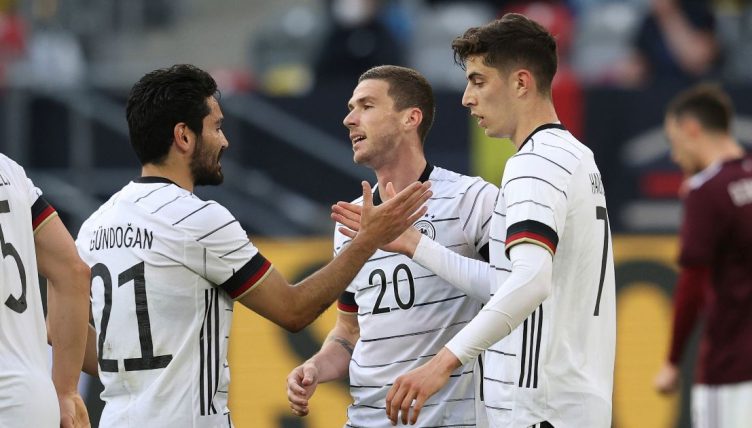 After a difficult start to the 2020-21 season, Chelsea‘s Kai Havertz is currently enjoying the best spell of his young career.

Havertz improved under Thomas Tuchel at Stamford Bridge and scored the winning goal against Manchester City in the Champions League final.

The midfielder seemed to rediscover his best form at the right time and was then included in Joachim Low’s Germany squad for Euro 2020.

“Of course it gives you confidence,” Havertz said when reflecting on his historic goal. “I’m a player that needs that self belief, that’s when I’m at my best. Confidence always helps you and I will go into the Euros full of it.”

He was named in the starting line-up for their friendly against Latvia and set up the opening goal, picking out Robin Gosens with a smart cut-back.

After Ilkay Gundogan and Thomas Muller extended Germany’s lead, Havertz then skipped between two defenders before finding the back of the net.

The 21-year-old was replaced by Chelsea team-mate Timo Werner at half-time and Germany cruised to a comfortable 7-1 win.

A man in form 🇩🇪