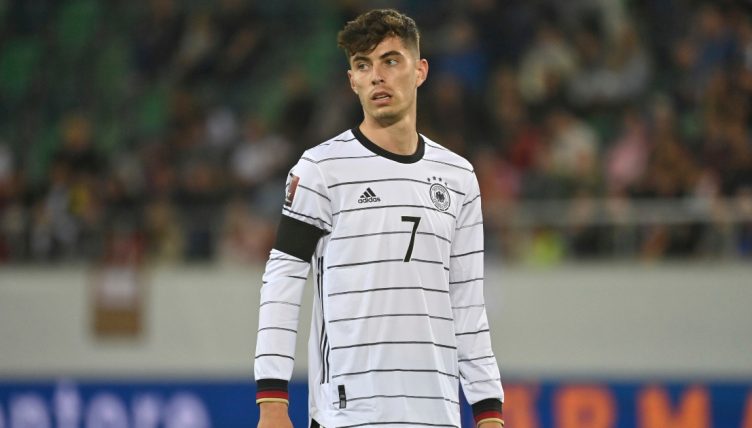 If you need proof that Kai Havertz is finally coming into his own after a difficult first season at Chelsea, then look no further than this stunning free-kick during training with Germany.

Havertz hasn’t looked back since scoring the winner in last season’s Champions League final, starting the new campaign in red hot form and scoring with an inventive header against Liverpool.

And the 22-year-old demonstrated the confidence that is flowing through his game with a splendid set-piece.

Bending his shot over an inflatable wall, Havertz bent his left-footed shot directly into the top corner of the goal. The goalkeeper had the good sense not to attempt a futile dive to keep the ball out.

Germany are under the new management of Hansi Flick, who took over following this summer’s disdapointing performance at the European Championship. Their next fixture will be against Armenia on Sunday evening.